HireSanta.com the Internet’s best place to find and hire Santa Clauses is proud to announce that Mitchell Allen “Santa Allen” has been named the 2011 HireSanta.com Santa of the Year. He was chosen because of the unanimously positive reviews of those interviewed and for the body of work that Santa Allen performed in 2011.

Tammi Bradley with HireSanta.com who made the announcement said “Santa Allen is the rare Santa Claus that can appear on the cover of a magazine, in a parade, at a company event, or one-on-one with a small child, and convey the spirit of Christmas equally well. We at HireSanta.com are happy to have him as our 2011 Santa Claus of the year and look forward to seeing where he will appear in 2012!”

Some of the noteworthy appearances in 2011 for Santa Allen were: promotional videos for Ask.com and Radio Shack; the Official City of Dallas Christmas Tree Lighting; “Deck the Hall” at the Dallas Meyerson Symphony Center; featured in the Dallas Morning News, local radio and TV stations; and numerous hospital, company and family visits.

Santa Allen is quoted “I am so honored to be selected as the 2011 HireSanta.com Santa Claus of the Year! It is humbling to think of all the great Santa Clauses throughout the US and world. I love being Santa, whether it is to a single child or to a group of thousands, the love and joy that I try to bring to each appearance is the same. HireSanta.com is such a great site. I want to thank everyone there and all of the people that supported me in getting this award.”

Mrs. Bradley continues, “HireSanta.com was glad to be a small part of Santa Allen’s success in 2011 by helping event coordinators and individuals find him. We hope this award will help draw attention to, and additional appearances for Santa Allen. We heard over and over from PR agencies and photographers to grandmothers that he is a true professional and an amazing and beautiful Santa.”

With the award, Santa Allen will also be featured on HireSanta.com which is being rebuilt from the ground up beginning in January 2012.

HireSanta.com was formed to help Santa connect with event planners, communities, media professionals, and consumers. With an ever expanding list of the top Santa Clauses throughout the US and world, HireSanta.com is the internet’s best place to find and hire a Santa Claus. Contact media@hiresanta.com for more information.

Santa Claus Allen is a Professional Santa Claus based in Dallas, Fort Worth, Texas. He is a Traditional Santa Claus available for commercial photographs and advertising, community events, and select home visits. Santa Allen appears throughout the year and the U.S. for promotional work. He conveys the Christmas spirit in person, print, and film. More information is available at www.SantaAllen.com, or Santa@santaallen.com. 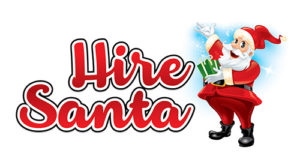