Santa Bill is a terrific Santa in California.  He as done it all and will make a great Santa for your event.   Here is his ‘Santa Story’:

Getting dizzy in 2007 from being a courier for 8 years my brother told me the ‘Orange Mall’ was hiring a ‘Santa’ for the upcoming season. I lived 3 blocks away so I called and went over and was hired on the spot. It was a great learning experience as it was BUSY for the first weekend and then it slowed to a crawl for a few weeks. This slow time let me learn how to get the crying baby/kid to sit and smile for the picture. Nothing against the famous ‘crying baby’ rite of passage picture, but I’ve found the parents/grandparents are always very appreciative to get the happy picture. The next season I had a ‘full time job’ and through friends/family/craigslist I did 10-15 Santa gigs on weekends and after work. The next year a Anaheim Firefighter friend asked if I could do a pet friendly Santa on a weekend or 2 for their “SANTA IN THE HILLS” photo set in Anaheim Hills. The following year they added more pet friendly Santa dates for me and then I was their full time Santa for a couple seasons. They were only open weekends and the entire week of Christmas and I was getting both new and lots of referrals and repeat visits, year after year. Now with 10 years as a paid Santa I have done everything from a helicopter entrance for a crowd of a couple hundred to one-on-one Breakfasts with Santa. I am most proud of being able to get crying kids to settle down for a happy picture, and for helping kids who are starting to ‘wonder if Santa might be…’, to be able to believe for another season or two.

He recently appeared on Shark Tank too!  Fill out the form below and say you want to Hire Santa Bill for your event!

Taking Care of Your Event

Also, please check out our other Real bearded Santa Claus entertainers in the Dallas, Fort Worth Area, here are a few of the top rated St. Nickolas actors. Santa Kelly is a Real Beard Santa based in Dallas that we have sent all over the world to appear as Santa, Last year we sent him to China, the year before we booked him to be Santa on a Cruise Ship. Our Real Bearded Santa Claus entertainers will delight and entertain you and your guests. They have experience being in parades, tree lightings, company parties, home visits, TV commercials and much, MUCH More. Real Bearded Santa Mike Loves appearing as Santa Claus and has many different outfits. He is Real Bearded with Traditional and Cowboy Santa costumes (Western Santa). 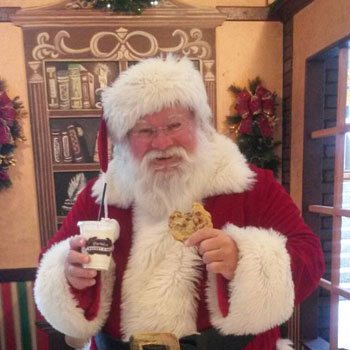 Real Beard Santa Rick has been appearing throughout DFW for many years. He has a Real Beard, Real Belly and looks just like Santa Claus Should.